Capacity:
Surfers: 16 surfers max + surf guide
There are on average between 10 and 12 surfers on board.
Crew: 5 people + Andres Crespo (a Spanish surfer living on board) + a surf guide

A floating hotel in North Male

We arrive when we want
We leave when we want16 beds = almost permanent availability
Big 3 deck boat: stability
In place for many years
Spanish management with a lot of Latin & European on board
Surf Transfers on request from 7h to 17h.
A lot of common areas: lounge, bar & sofa, large outdoor table ...

From May 1st to October 31st
A description: how to get there / Service included (spot transfers - airport ....)

Take a flight to Male (MLE)
Upon your arrival, the assistant dhoni (big covered annex) awaits you for the transfer on Ocean Explorer.
1 to 2 hours, depending on the position of the boat.
In general, we are in the water 3-4 hours after landing!
The start can be done at any time, no worries for early departures, first light at 5:30 and the dhoni can leave before.
Wifi: 20usd for the whole stay
Physiotherapist: 30 to 40 usd for 1 hour according to care
Extra: beer (4usd) & other alcohols
Board rental via Maldivesurf Board Rental at the airport.

A bed in a double cabin with private bathroom
The air conditioning is in the hallway, we leave the door open to bring in the cool.
Fan
Management does not mix a man and a woman who do not know each other.
A single woman will tend to have a cabin alone, or with another woman.

THE SURF IN THE NORTH ATOLLS OF MALDIVES

It is a bit by chance that I discovered the rights of Kakuni in August 2004 during a trip dhoni, it worked perfectly that day! I came back in April 2005 with Callahan, Van Gysel and the Oakley team (Adriano de Souza, Adam Melling, Royden Bryson ... In short, pros surfing now on the World Tour, WSL in 2015). On this day of 2004 in Kakuni, Royden had to take more than 80 hits in the same day. Review of the trip: great sessions in waves of more than 1.5 / 2m meter in Kakuni and 1 meter on the left of Iboo. We also surfed several other interesting spots in the nearby atolls but the swell was not yet there.

In 2012, I spent 6 days on the island in front of Kakuni and I discovered the left of Kamati, incredibly long! With Kakuni, a real swell magnet, so many other waves to discover in the region and the brand new Dharavandhoo (Baa) airport open in the north, I had to organize trips to these atolls. In 2013, I had 3 groups from May 20th to June 28th, it was one of the strongest monsoon returns I have ever seen: 20 days of SW winds and SW swells without respite. The first two groups scorrated some waves (every day but not always nickel) and found a straight consistent and nice in these conditions, the name of Rasputin. A lot of new waves were identified under different conditions. Then, the 3rd group scora of the perfect surf at Chatty's Left. 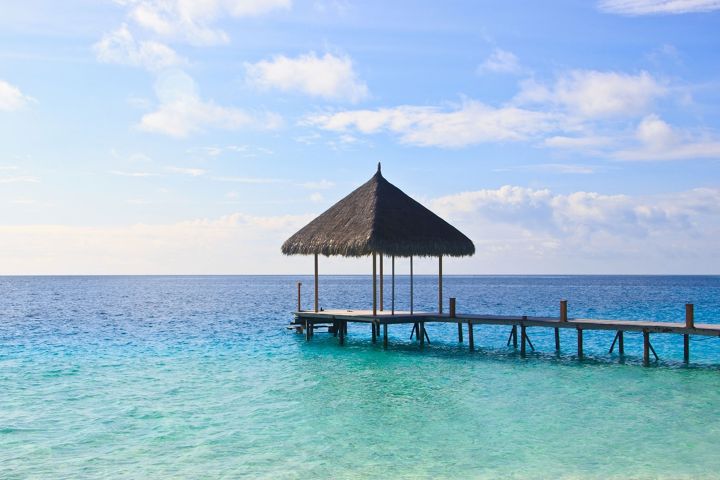 Only Registerd Users can write a review. Please Log in or register.