OCEAN QUEEN RESORT From 30€ for 1 night

Located on the west coast of the island of Java in a wild and authentic place, away from tourism and surfing mass. Wave quality is extraordinary. You will have a French and Indonesian framework for the Surf.
Based at the Hotel Lagusa typical Indonesian accommodation you can enjoy the waves around or take surf lessons with Wakaka Surf School.

We can arrange many activities from your hotel.

The Ocean Queen Resort is connected to a Surf School.
The team Wakala SURF SCHOOL consists of the best local surfers of all generations :
From the first to have surfed Cimaja there until the last 30 years to young surfing champions of the West Java region, through surfers who followed the Indo turn pro and now the next round Pro asia.
They have a perfect knowledge of the spots of the region and are graduates Coach from the Australian surfing federation. They speak English.
They will be your gateway to all the key spots, meet local surfers, sharing love of their country and its culture. They will show you the best local spots and all customs of the region.

Thanks to a great orientation in the Indian Ocean, from April to October, the Antartic swells send 1.50 to 4 meters waves, regular ones in Bali’s region, Sunda Islands and Java with a peak in full moon times in July and August.
The rest of the year knows however quality swells, generated by tropical cyclones. The islands of this archipelago own one of the most incredible spot breeding-grounds, some isolated and difficult to reach.


SE and dominating during the dry season (April to October) the winds blow W/NW during the low season from December to February.
The moon phases have a great influence, to check in order to get the most beautiful swells. Ideal between May and September, before and after the 3 days ‘full moon …The Gods will be with you !Two different tides = a small one and a big one every day – from which you need a boat for the right timing. Watch out for the reef at water level – think about wearing boots and maybe a hood too ! Water temperature: 28°C – not many people in the water.
Bring a fixing kit and spare fins. In general, a choice of two surfboards can be useful…

A « surfing continent ».
From the G Land gaping tube to the boat trips to the Mentawaï islands, from Nias the mythical wave where everything can happen, through Hinakos, the secret archipelago off Sumatra, until Lombok and Desert Point, the most beautiful wave of the world – according to some people – Sumba the princess, Nusa Lembongan Bali’s neighbour, famous way in of the archipelago of the Sunda Islands or Panaitan on the Western side of Java, the diversity is amazing.

Islands conjuring up all the surf trips’ phantasms inhabited in our minds for ever…
You get up one morning and you plan your itinerary (with Destination Surf of course…) for a trip in the middle of the powerful and secret wave’s country.

8th century – Srivijaya’s kingdom, whose strength is based upon the control of an important international trade ruled by the Tamils and the Chinese, appears in Sumatra.
1200 – Accession of Majapahit’s kingdom. Hinduism and Buddhism unite. The Javanese civilization starts to enforce itself. Hayam Wuruk’s reign in the 14th century is often considered as Indonesia’s golden age.
15th-16th century – The Indonesian sovereigns turn themselves towards Islam (brought in the North of Sumatra from the 13th century), which becomes the State religion.
1512 – The Portuguese land in the Maluku Islands. They quickly act upon the warehouses going from the Maluku Islands to Malacca, Macao, Gao, Mozambique and Angola.
1641 – The Dutch, led by the ruthless Jan P. Coen, take over Malacca. After taking the monopoly of the spices trade, they become the seas’ owners of the region.
1824 – Following the grasps of several warehouses of the Dutch East India Company (Java for example) in 1811, the British exchange their Indonesian conquests with the Dutch properties in India and in the Malaysian peninsula.
19th century – The archipelago is split by several rebellions; Islam becomes the symbol of the resistance against the Dutch. The Netherlands, who lost Belgium in 1830, increase the exploitation of the Western Indies’ wealth.
1945 – Sukarno declares the independence of the Republic of Indonesia. The Netherlands do no agree with this declaration and the Dutch troops slowly come back in Indonesia, generating many general protests.
1968 – Suharto is « elected » President. Under his regime, Indonesia favours a foreign policy towards the West.
2000 – Impeached, the former President Suharto escapes the court, acknowledged unsuited to appear before a court of justice for health problems.
Inexhaustible reserve of natural resources and mysterious cultures, Indonesia has become a unique world playground for adventures… Millennial traditions of Papuan tribes, active volcanoes, huge jungles, monitor lizards, giant butterflies, unsurfed waves…are waiting for you.

Indonesia, amazing region hiding the most beautiful waves of the Indian Ocean is made of (going from West to East) the large island of Sumatra, where is located in the Northwest out at sea Nias Island, the archipelago of Hinakos and Mentawaï Islands.
Then, comes Java, G Land, Bali, and the immense archipelago of Sunda Islands: Nusa Lembongan, very close to Bali, Lombok, Sumbawa, Flored, Timor, Komodo and its giant monitor lizards, Sumba and its astonishing charm.

On the upper part, there is Kalimantan Island (Borneo) whose Northern part belongs to Malaysia. Next to it, Sulawesi Island (Celebes) with its large bays looking like a butterfly from the skyMore in the East, more and more islands, like the famous Maluku Islands and its rare spices…and finally Western New Guinea (Irian Jaya) with its border not really natural: a straight line that splits the island in two with Papua New Guinea.

Formalities :
Compulsory passport valid 6 months after the entry in the country. Visa-on arrival in Indonesia is required for all French nationals (and many other nationalities) since February 1st, 2004.
This visa is valid 30 days and can not be renewable there. Nationals from many countries (among them, France) can easily get a visa-on arrival, however they are limited in some ports of entry.
Visa on-arrival fees are US$10.00 for a stay up to 3 days, and US $25.00 for a stay up to 30 daysJakarta is the national capital of Indonesia.

Language :
The official language is Indonesian or Bahasa Indonesia, very close to Malay
Most Indonesians spoke this language. There are also more than 400 local languages and dialects on the islands.

Health :
Indonesia, as a tropical country not well-informed about medicine and health, elementary precautions must be taken to avoid gastric and intestinal troubles.
Be careful of hepatitis, worms and snakes’ bites as well.
The country goes through a resurgence of dengue, disease brought by mosquitoes, like malaria also there in Indonesia.

Weather :
Indonesia overthrusts the equator between the Indian Ocean in the West and the Pacific Ocean in the East. Its climate is then humid and warm.
In the most part of the country, the humid season goes from October to April, the dry season from May to September. Nights are often warm, but in highland cities, the temperatures can quickly drop.Usually, the average temperature for the year goes between 22° and 35°C, and the humidity rate can reach 75%. In January-February, the rains are the most abundant.
Same thing in Bali where the coolest months go from May to July (28° on average) as well as in Sumatra.
The only climate difference is in Maluku Islands where the wet season goes between April to July, sometimes even to August.
The best season to visit and surf in Indonesia is from May to October.

Driving conditions :
Buses are the main transportation mean in Indonesia : they go from the old “ekonomi” ones connecting the suburban areas (taking passengers, mail, goats, pigs…) to the luxuriant buses, through the express buses (“patas”), night buses (“bis malam”) and “the tchuk tchuk” or “bemo”, little smoky tricycle transportation.
If you wish to take the car, know that the road signs are approximately non existent, that the foreigner will always be responsible in case of any accident and that the police love to pull over cars with boards on top of the roof – Take some tips along…
You drive on the left side, and the signs are rudimentary, even non existent…
Renting a motorcycle is fun but watch out for traps: bumpy roads, crazy drivers, crossing animals and wandering people, incautious children, and poor lighted cars at night.

Water/Electricity :
Almost always 220 V, 50 cycles AC but some places still use 110 VMany hotels do not have wall-plugs and electricity cuts are not unusual in rural zones.Besides, the lights at night are not that great and a flashlight will be helpful.

Currency :
The currency is the Indonesian Rupiah (IDR or Rp).
Bring travellers’ checks if possible, delivered by a well-known bank company and some hundreds of USD bills.
You will easily exchange your currencies (in USD, the most common currency) in the major cities and the tourist regions: think about having enough rupiah if you turn aside from the beaten track.Indonesian banks usually do not charge any commission and the best exchange rates are in Jakarta and Bali.
Credit cards will only be used for important purchases.
Tips are not a common thing to do, except for specific services. In Indonesia, chaffering is frequent.« Bemo » drivers are known for their ability to raise prices for the Western tourists.
However, do not try to reach every time the local rate…you would miss the session ! 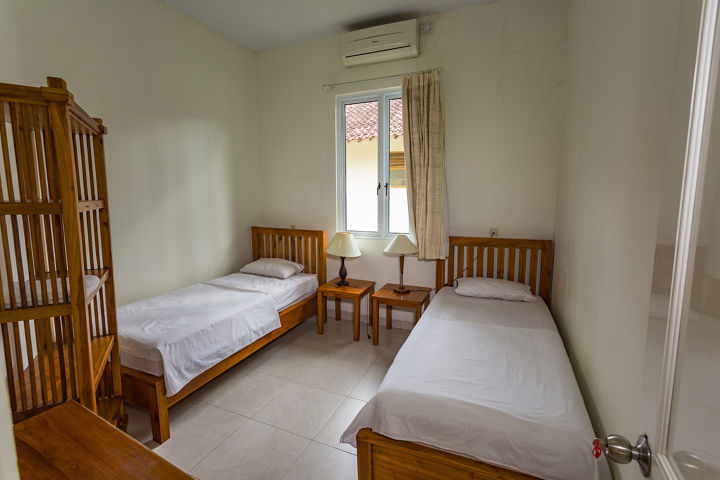 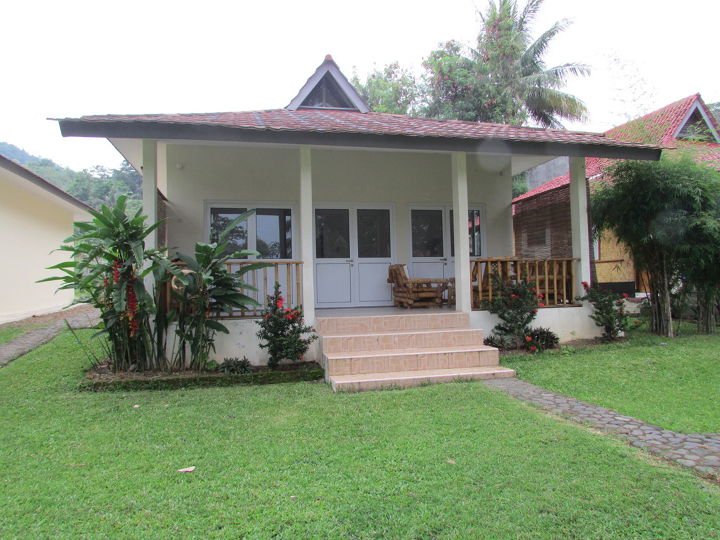 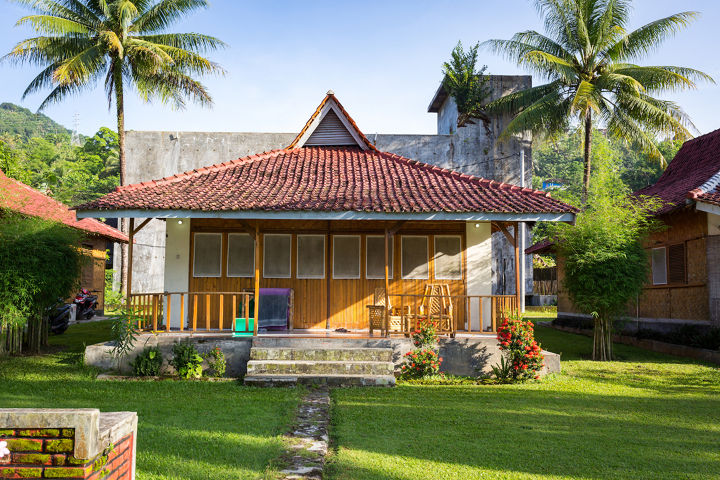 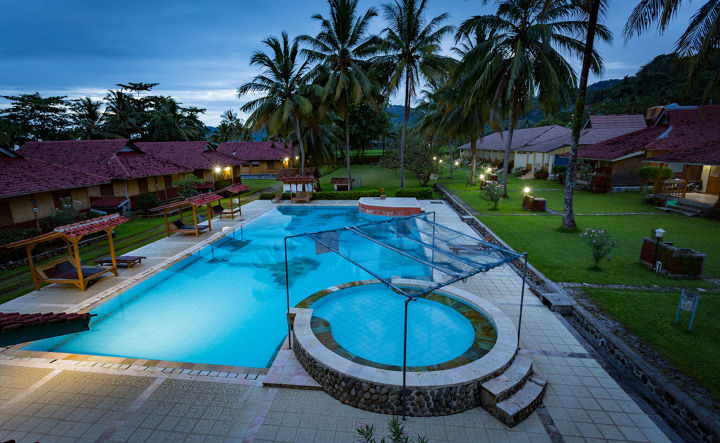 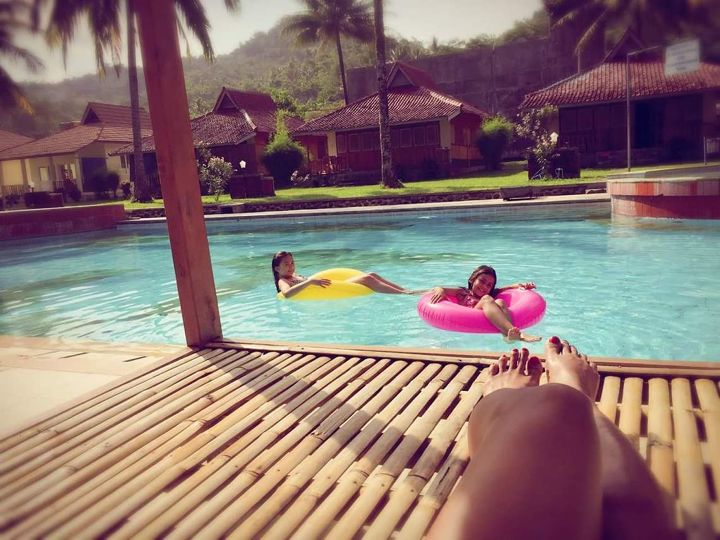 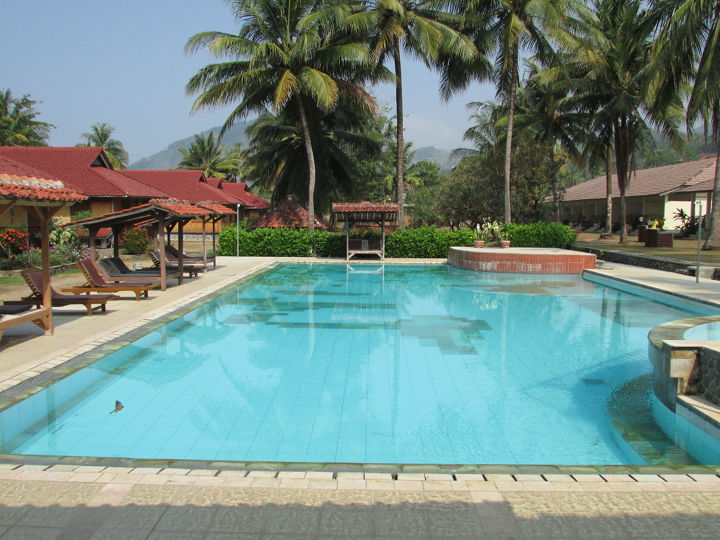 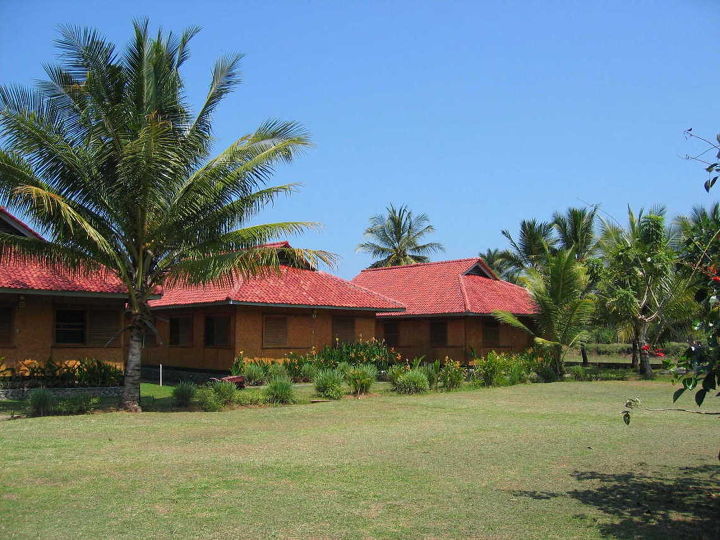 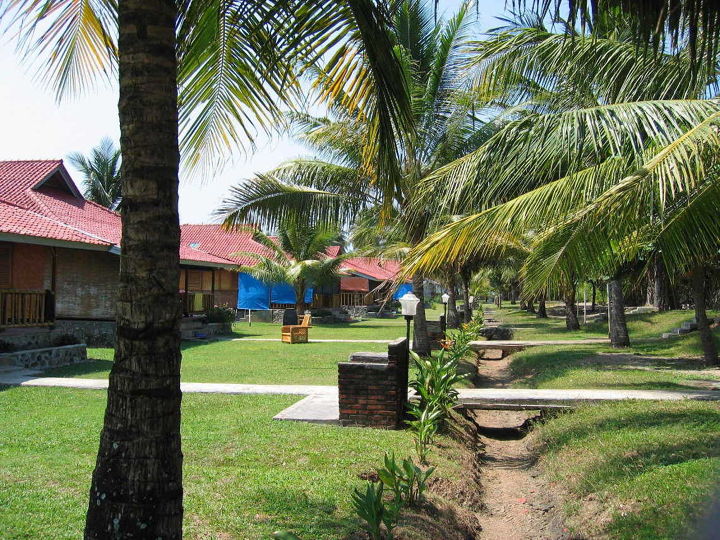 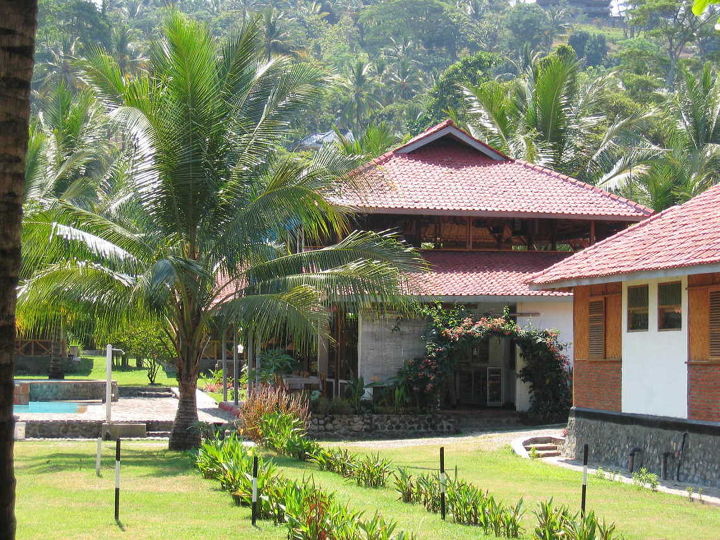 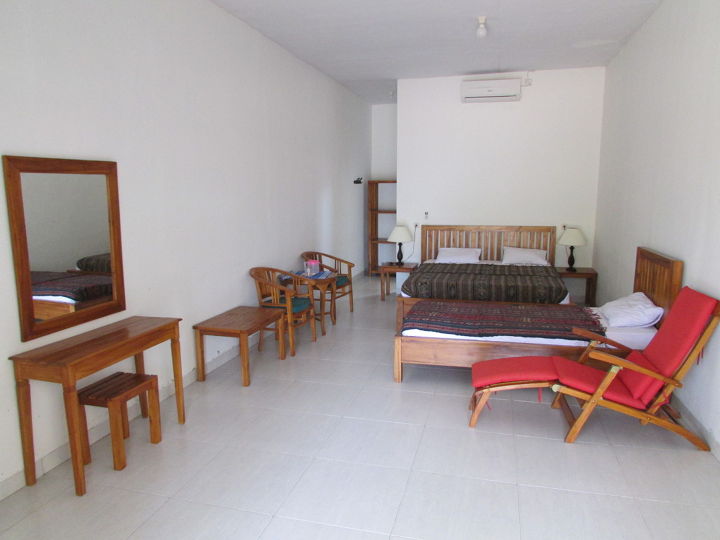 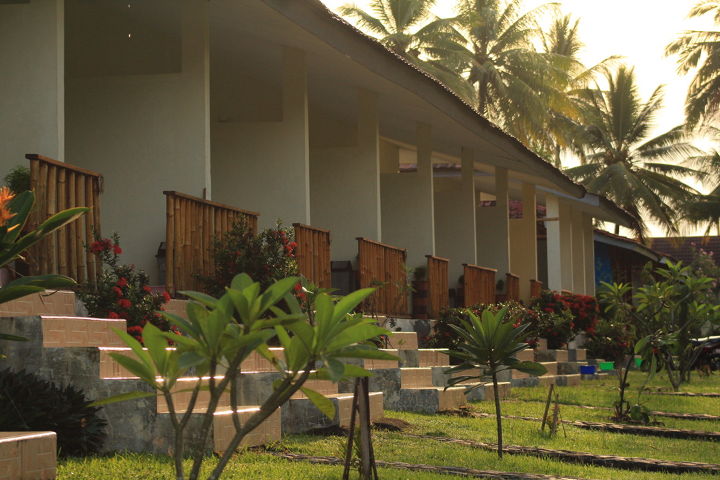 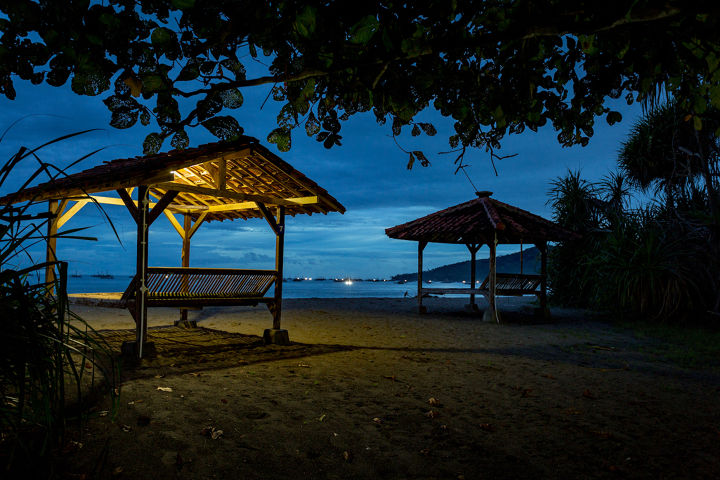 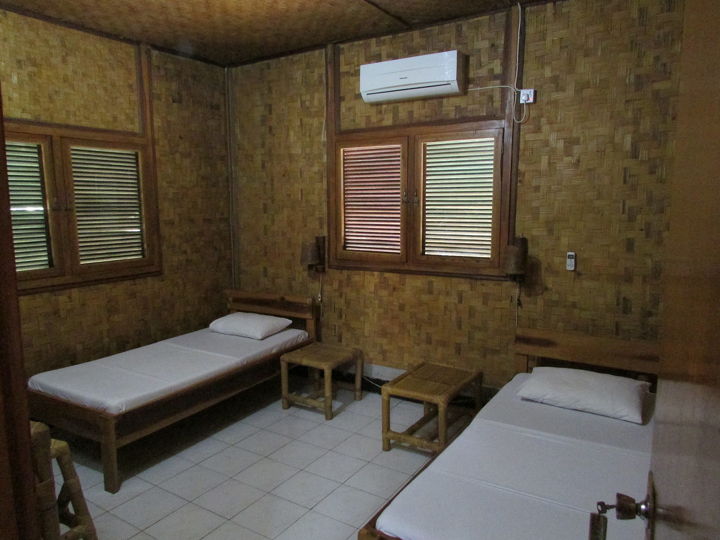 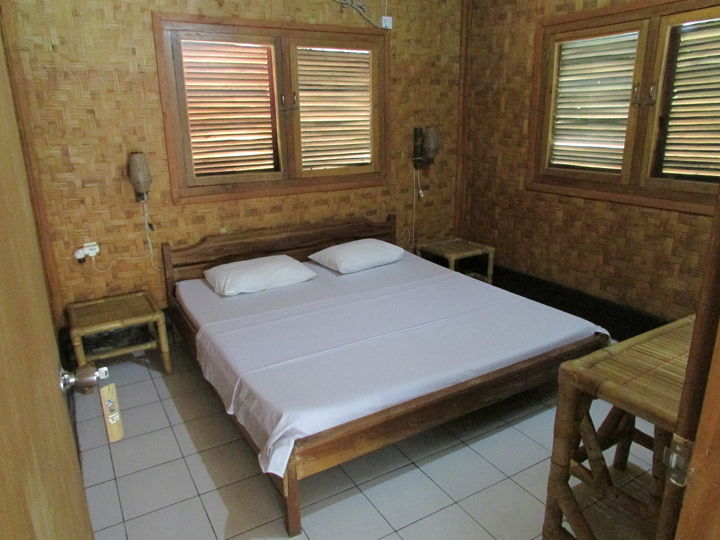 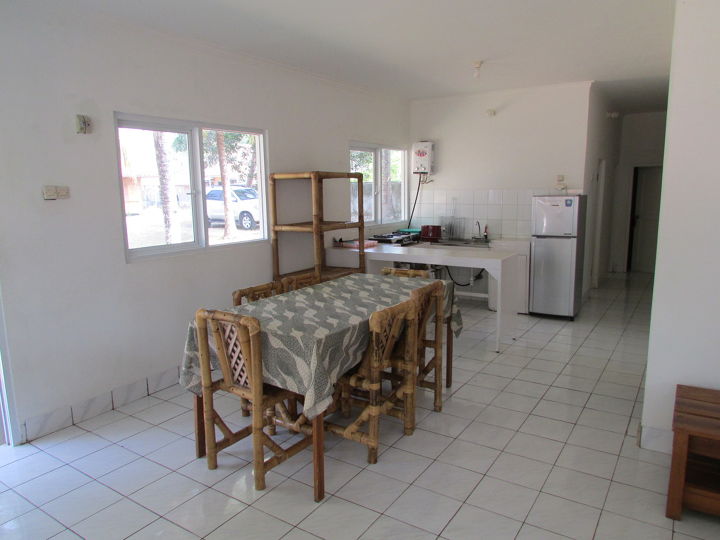 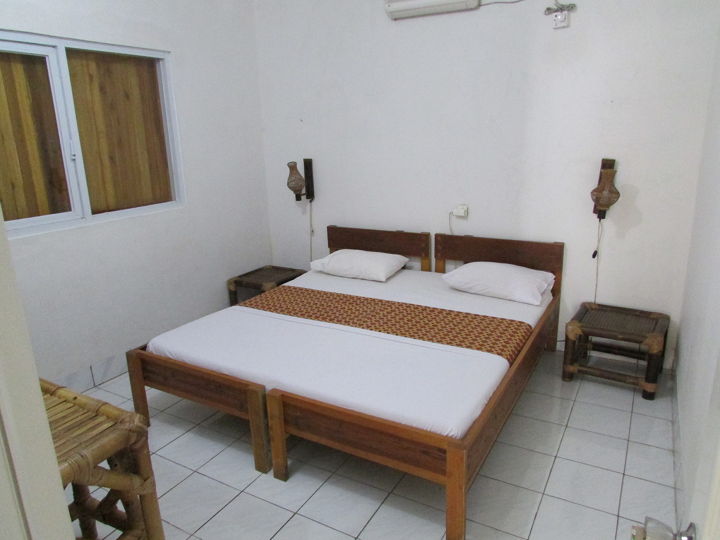 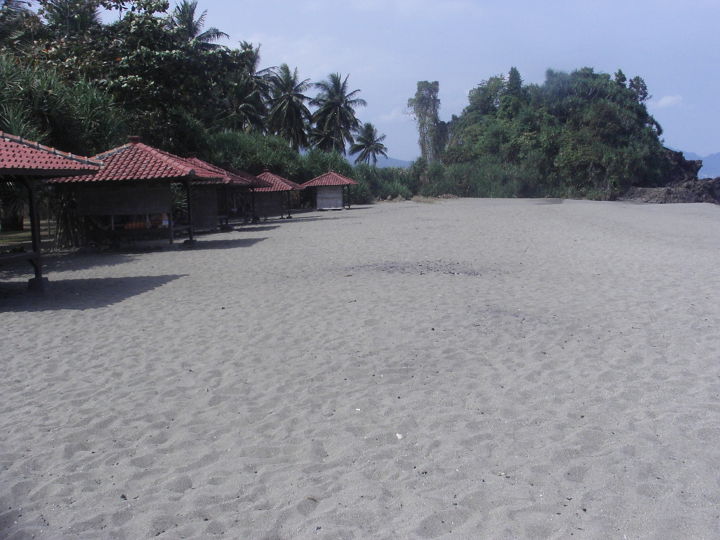 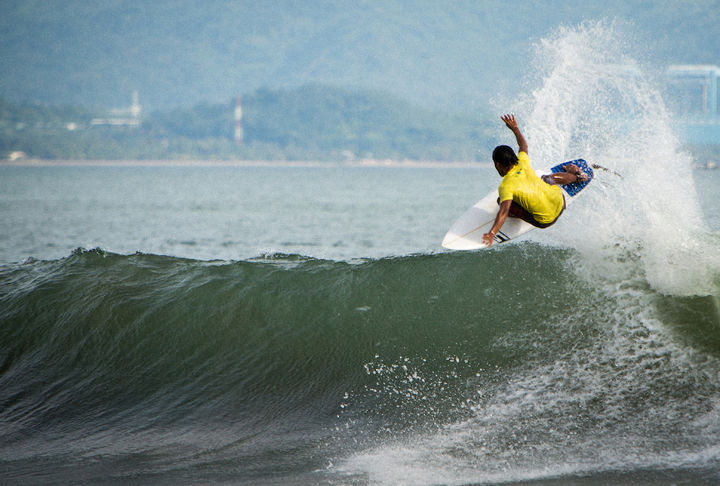 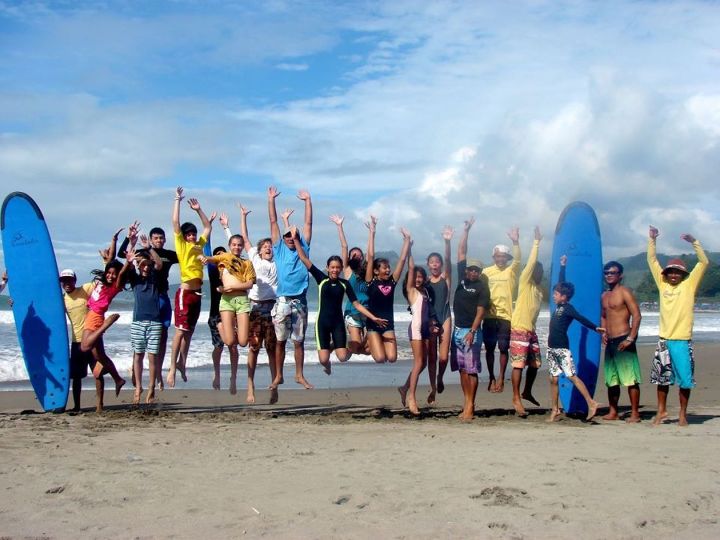 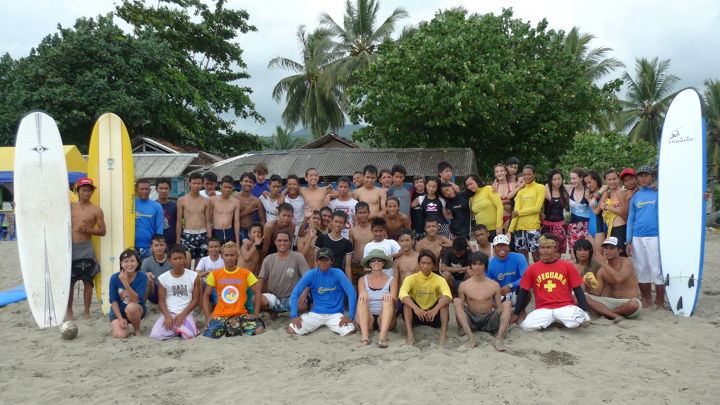 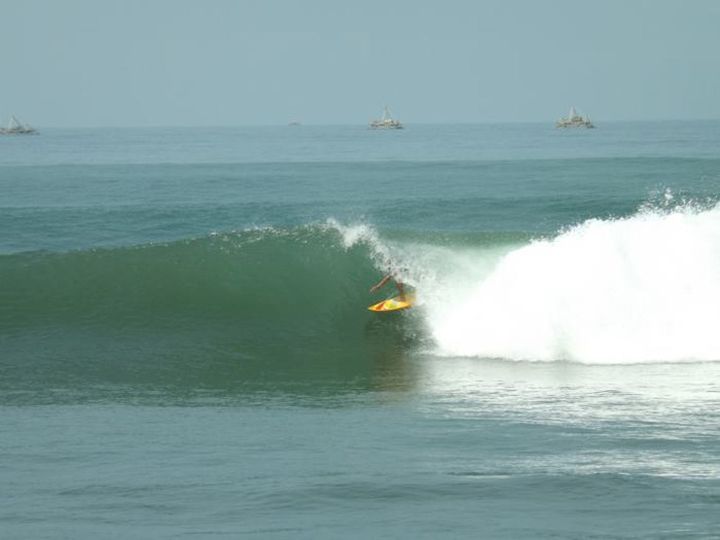 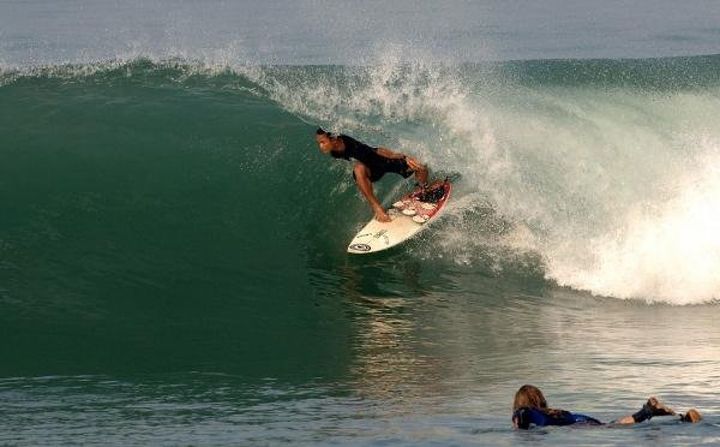 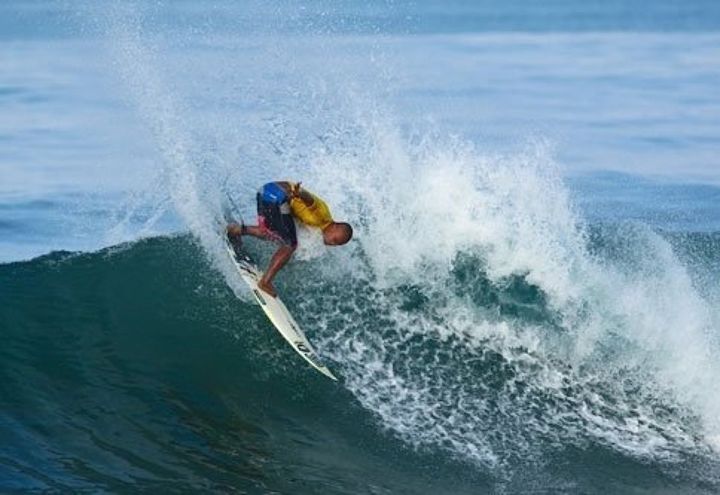 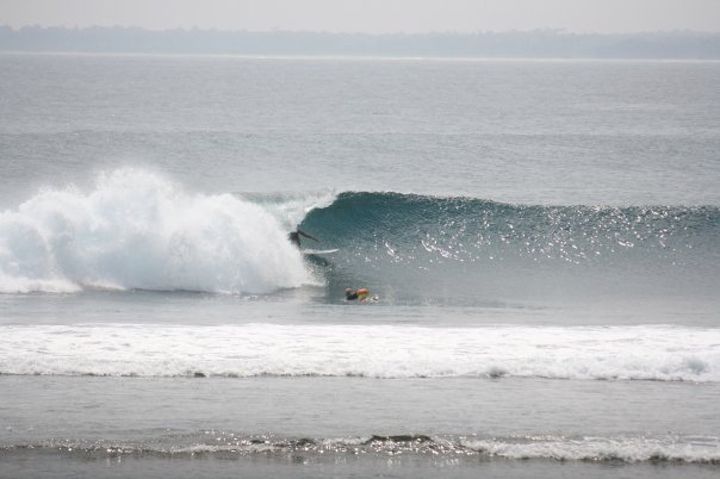 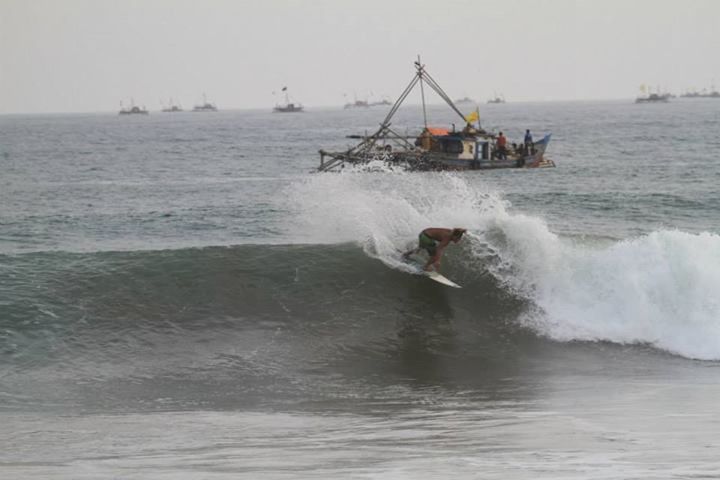 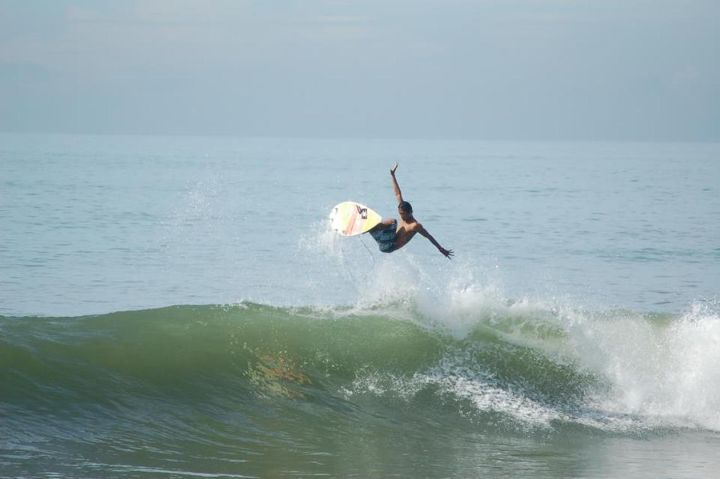 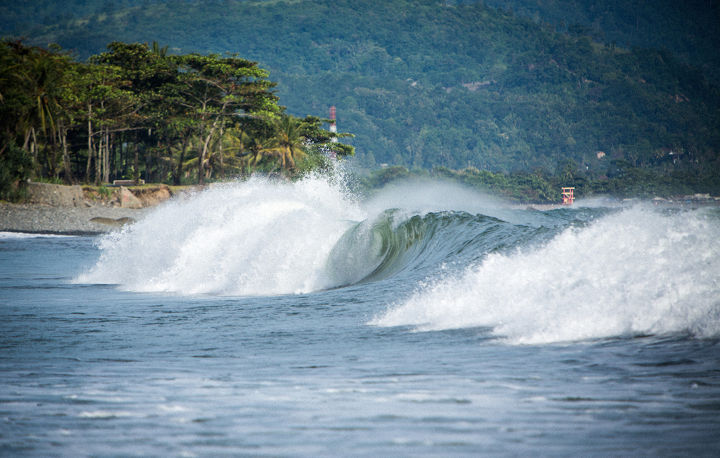