CASTELO VENDOM From 75€ for 1 night

Parajuru is a small and peaceful fishing village. The beaches are absolutely majestic, there are lagoons where the water is shallow and warm, perfect for swimming and great for kite-surfing.
We offer 2 bedrooms with high ceilings in a luxurious Franco-Brazilian stylish house. The location of the house is 5 minutes walk from the beach and kite school by the typical sand tracks of Brazil.

This house is unique because it is the only guest house of this type Parajuru. It offers warm and luxury while being affordable.
Currently the house sleeps 4 people 2 bedrooms : 2 couples or a couple with children (2 max).
Two other bedrooms and an ecological pool will be available in October.

The nearest airport is Fortaleza. For your convenience, we provide private shuttle drive regardless of arrival time.
Of course you can also rent a car at the airport. We also rent buggy onsite.
Taxi, motorcycle taxi, bus, bus, buggy ... plenty of choice to come or go to other villages and towns.
Parking available on the property.

Built with materials typical of Ceara, it offers comfort, environmental friendliness, freshness and warmth made by the use of wood and carnauba straw.
Home meets environmental standards, there is no air conditioning but a natural ventilation very well done.
No TV in the rooms but free wifi throughout.
The water comes from a well, it is valuable, it is at local air temperature. Here it is hot and the use of hot water is therefore inappropriate. Electricity is generated by local wind. We use a bio-digester for waste water treatment.

Both rooms are double or suite with private access.
Each room is 20 m2 with large dressing room, mosquito net and fan.
Wifi available everywhere for free.
Very large bathroom and a toilet.
The terrace of 150m2 is arranged in living room and dining room for the whole house.
Private terrace on request extra.
Ecological pool.
Cleaning is done every day. Towels and sheets are changed on demand. We can also lend you beach towels if necessary.

The owner lives on site in a private space apart.
House staff on hand to serve you.

The "Life in the house" rules :
The house has a peculiar property with nice furniture and objects, they must be respected.
In case of breakage or theft, they will be charged the price of replacement. A deposit of € 500 is required upon entry for this eventuality.
Home "owns" a cat. So unfortunately we can not accept other animals.
Barbecue in the garden.
It is not possible to smoke in public areas or in rooms, but smokers are welcome and can smoke in the garden.

Lunches and dinners in half board or full board service :
Gourmet menus depending on the market and the inspiration of the day.
Possibility of vegetarian menus, packed lunch and Italian meals (pasta and pizza house) on request.

On site in the village, you can find "barracas" small local huts, where to drink and eat if you like.
The kite surfing school is also a great spot to eat European food in a sports atmosphere.
For those who like nightlife, the village offers some local bars and a nightclub.

The area is ideal for kitesurfing and countless spots, with a constancy of 250 windy days per year.
Coaching organized with pro kite surfers or courses for beginners and intermediates in partnership with the kite club of Parajuru.

We work in partnership with the International kite School KBC

The third nation of surfing. This is the first national sport after soccer – which is not a sport, but a religion…An impressive breeding-ground of surfing champions. As aerial, surprising and cheerful as the soccer players, Brazilian surfers have excellent skills.
A huge coastline of about 7 400 km, tropical waves of Fernando de Noronha or Natal in the North of the country, famous beaches of Rio, California’s mood in Florianopolis in the South, it is a matter of taste. Cool or mild waters, reefs, sandy, urban spots…
This is a land of contrast where partying and surfing easily work out.Foresee a trip of several weeks or come back several times (you make a lot of friends and girl friends…) as the distances are huge and you discover astonishing things.

A country beyond measure, extreme, Brazil is a land of contrast : brutal materialism against hallucinating mysticism, the fabulous carnival against the daily misery, strong Christian dedication and rituals from the African Gods, huge fortunes against malnutrition, the list could go on an on…
5 million of people lived in Brazil before the landing of Portuguese in 1549.
Portugal sent its first colonists with domestic animals, plants and seeds to settle the permanent colonies where African slaves, sent from Africa, were working. Today, coffee still remains Brazil’s main income.

The small gores from Northeast were reinforced. São Vicente, on the coast of the state of  São Paulo was created in 1532, and Salvador, later chosen to be the seat of the general governor, in 1549.
In 1807 when Napoleon invaded Portugal, the King Dom João VI does not have the choice but to go to Brazil where the Portuguese court settles and wants to create an “European” atmosphere.
The commercial ports’ system lasted long enough to influence Brazil’s basis territorial and political model, and several States forming the Federation have kept their names from that period of time. You encounter every religion, hundreds of churches and especially much witchcraft.
Later, during Napoleon’s defeat, Portugal, Brazil and Algarve become a united kingdom with Rio as the capital.
Slavery was abolished in 1888 fastening the end of the empire occurring in 1889, following a military coup d’état, hold by the aristocracy power of coffee, and overthrowing the Brazilian empire.

In the mid-1980’s, Brazil goes through an “economic miracle” sustained by most of the loans granted by various international banks.

The economic situation gets better, though it does not ease the Brazilians’ life: 8th global economy, Brazil is a paradox in a country where the wealth distribution is the most unequalled of the world (United Nations’ report -1996), there are always some people left out.
However, music, literature, architecture…Brazil has so many artistic talents.

From the extensive Amazon Rainforest to the huge waterfalls of Iguaçu, from dryness to the swampy continent of Pantanal, nature is spreading everywhere and takes its rights. This civilization made of an incredible vitality is building, destroying and lives again with cracks, explosions.
Brazil’s geography can be summarized in four large regions :
A long and stretch coastal strip extending from Uruguay’s border to the State of Maranhão, the central vast plateau covering the most part of the Amazon’s southern basin and two great depressions, the Amazon basin and Paraguay’s basin in the Southeast.
The coastal strip spreads out 7 408 km² between the Atlantic Ocean and the mountainous chains dividing itself from the central plateau.
The central plateau covers a part of each state of Brazil. It is sprinkled by several little mountainous chains culminating in Minas Gerais. 1 300 km wide in the West, the Amazon basin becomes narrow in the East. Its 6 275 km and its 110 affluents make Rio Amazonas (the Amazon) one of the most important river of the globe, depicting on its own, 20% of the soft water reserve of the world.

FORMALITIES :
French nationals must have a passport whose validity is good at least 6 months after the return date
Visa is not necessary for a stay of less than 3 months.
The national capital is Brasilia. The major cities of entry are Rio de Janeiro, Salvador de Bahia, Recife and Natal in the North, Sao Paulo or Florianopolis in the South.

LANGUAGE :
Portuguese. English is understood and spoken in most tourist places. With a little Spanish, 2 hands and some deduction, you will always be fine!

HEALTH :
No mandatory vaccine.
In Amazon and Pantanal, anti malaria treatment and vaccine against the yellow fever are strongly advised.

WEATHER :
The Brazilian weather changes according to its mountainous land and latitude.
Seasons are reversed compared to the Northern hemisphere.
Winter goes from June to September and summer from November to March.
Average temperatures, in summer shift from 25° to 40°C.
The climate is tropical, warm and humid all year long on the shore, from Natal to Salvador de Bahia in North as far as Rio which is more temperate during the austral winter.
Dryer in the Centre and temperate in the South near Florianopolis: 21°/28°C from November to April; 15°/23°C from June to September when it is sometimes cool, tropical rainfalls may occur between December and April.
DRIVING CONDITIONS :
In North, intense traffic, sometimes hazardous on stretchy roads.In Rio, it is up to you if you like to get lost…
In the South, in Florianopolis, no driving problem.
Traffic is like in Europe. You drive on the right side of the road. Elsewhere, more in the North be careful to trucks and ambushes (bicycles coming the opposite way but on the same road). Avoid driving at night. Enjoy the transfers advised by surf camps and hotels.

LOCAL FOOD :
Try the national meal: the Féjoada, made with little black or red beans with fried bacon and green pepper. But go also in a « Churrascaria » to taste any kind of meat cooked on the grill. Brazilian cuisine is impregnated by its history (Portuguese and African) and often mixes sweet and spicy food. Truly delicious !
And to enjoy the nights, a good sip of Caïpirinha (Cachaça – Brazilian version of rum + lime, can-sugar and crushed ice)…It quenches !!

WATER/ELECTRICITY :
The electric current is not standardized. In Rio de Janeiro, Sao Paulo, Salvador and Manaus, it is almost always 110 V with US outlets.
Mot hotels have adaptors.
Southern hotels all work with 220 V with European outlets.

CURRENCY :
Real (BRL)
1 Euro = 3.70 Real BRL.
Travellers’ checks and most credit cards are accepted in hotels and shops in the major cities.ATM machines from the network “Banco do Brasil”, available in most cities accept Visa.
Take some US dollars in case of bank closing. They are usually open from Monday to Friday between 10.AM and 4.PM.

EXTRA TIPS :
Knowing Brazil’s distances (16 times bigger than France), travel by plane between two cities instead of travelling by car.
Avoid cameras, rings and watches when going out at night. Prefer Tshirt, jean and baskets. 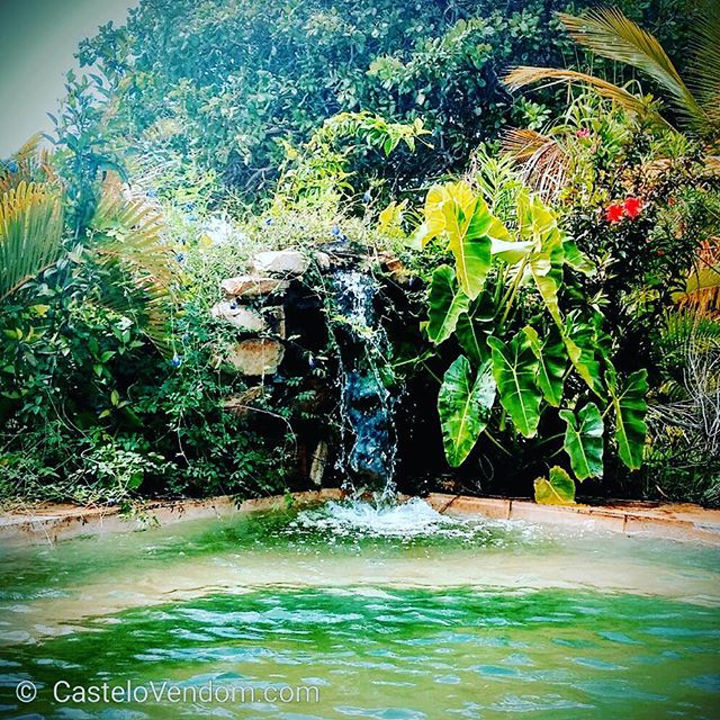 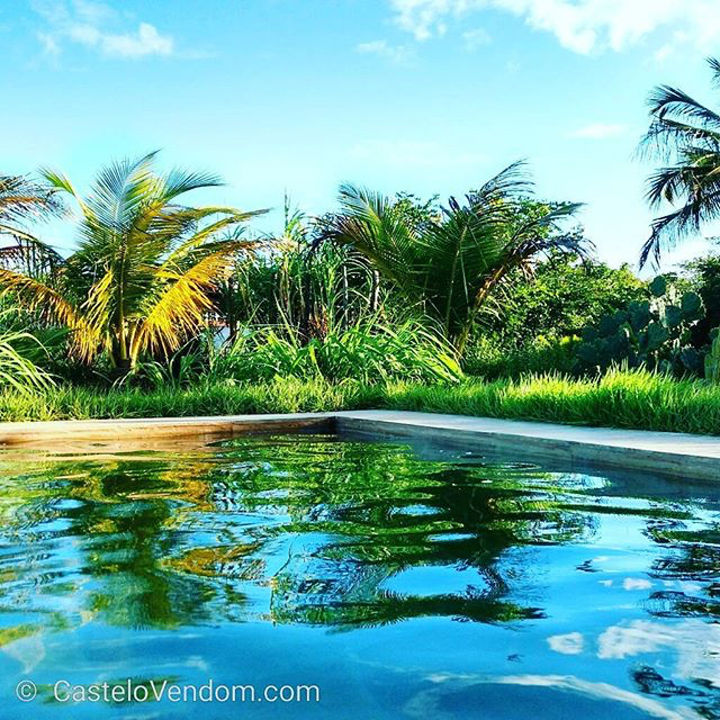 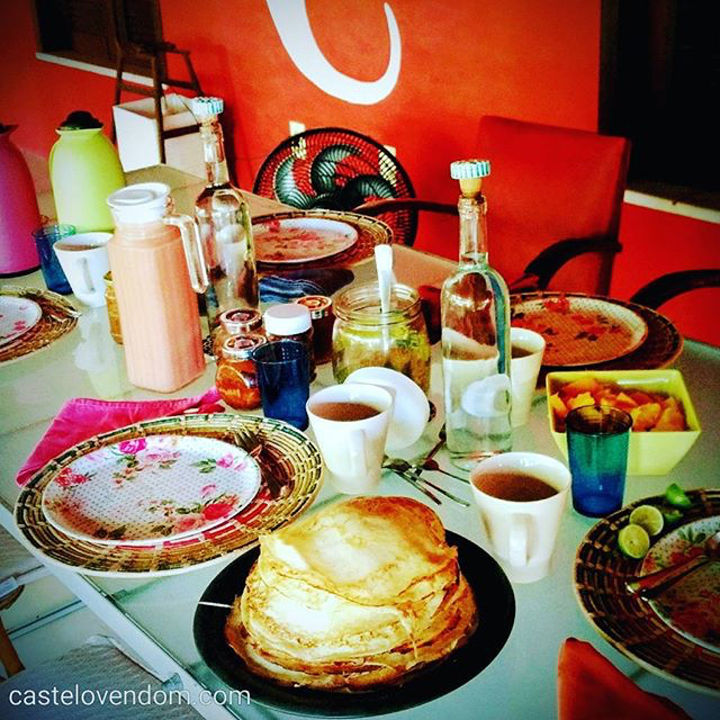 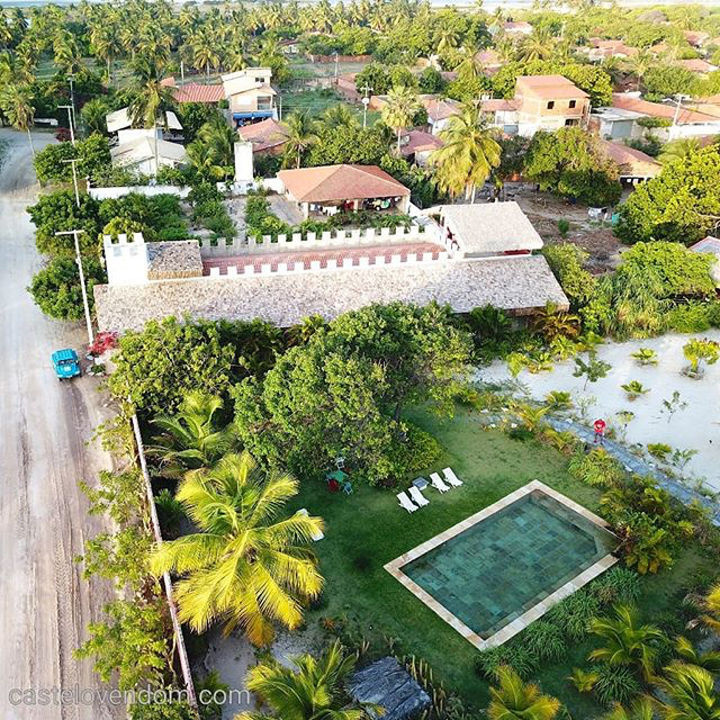 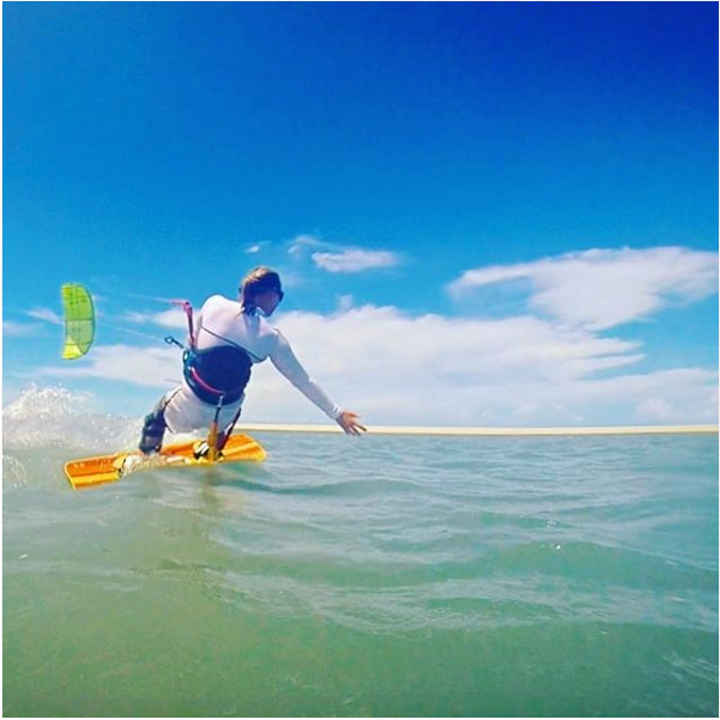 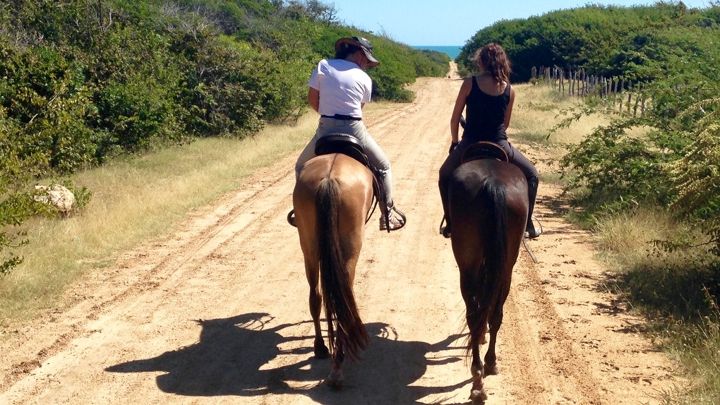 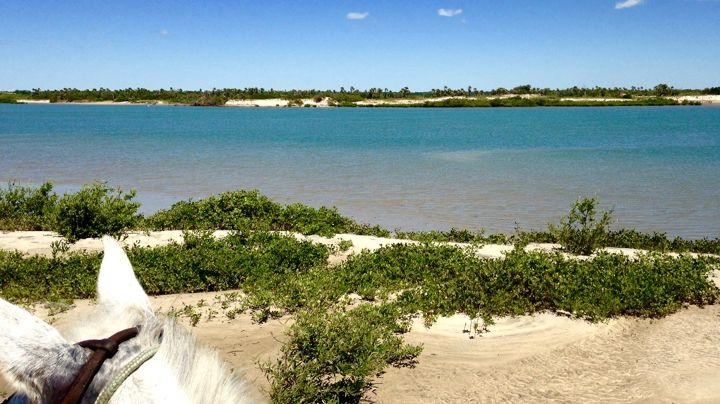 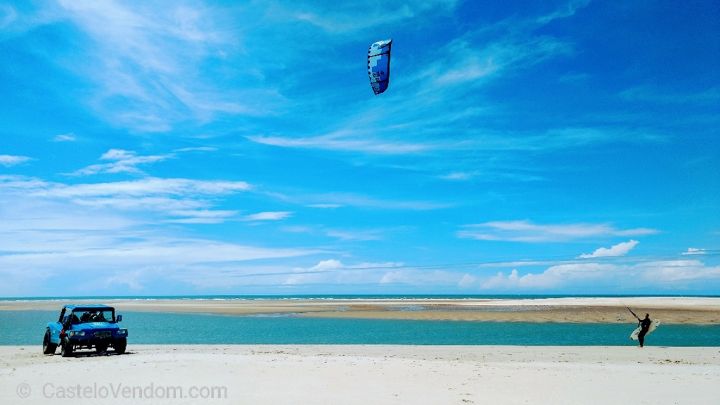